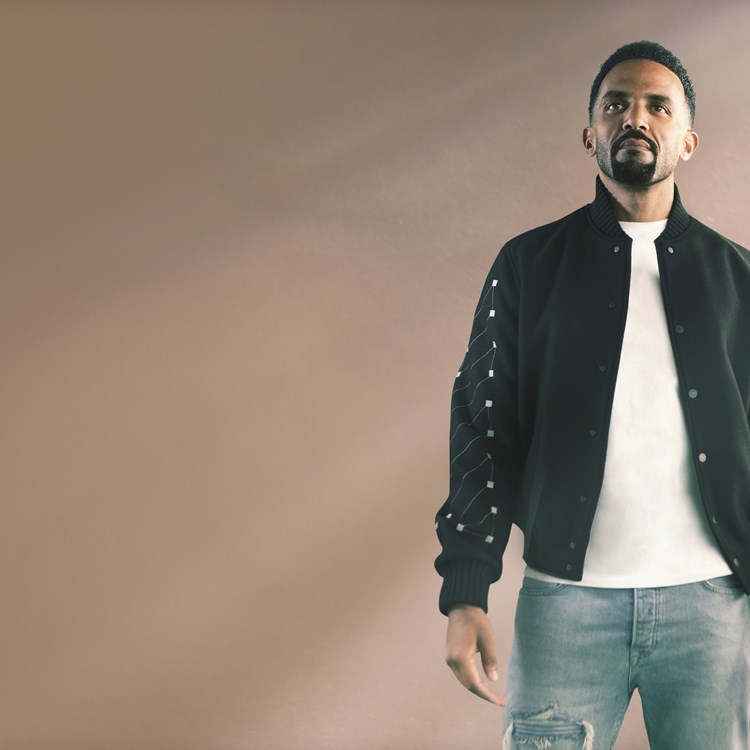 Due to demand, Craig David announces an extra date to his rescheduled ‘Hold That Thought’ UK Arena Tour, beginning in April 2021. The news arrives following the postponement of his 2020 dates following government measures announced due to the COVID-19 pandemic. Since bursting onto the scene with critically acclaimed debut album, ‘Born To Do It’, a genre-defining record that established Craig David as one of the UK’s most beloved artists, Craig has since remained at the helm of his own unique, authentically British sound. Making waves across the globe as the voice of one of the most pivotal eras in UK music, and in turn, one of the most successful artists in UK chart history. Craig has achieved an astounding 23 UK Top 40 singles, nine UK Top 40 albums, amassed over 5 billionstreams worldwide and has achieved multi-platinum status in more than 20 countries. With two UK Number One albums under his belt, Craig has also received multiple BRIT Award and Grammy nominations, four MOBO Awards, as well as winning three Ivor Novello Awards. Catapulting back into the charts and into the nation’s hearts with a string of hits and a UK Number One album with ‘Following My Intuition’, his triumphant return continued with the acclaimed ‘The Time is Now’. Both new albums have since received over 1.5 billion streams alone and seen Craig leap from strength to strength across our airwaves, TV screens and in the live arena. Craig’s last arena tour sold out in a matter of seconds and received five star reviews and critical acclaim across the board.