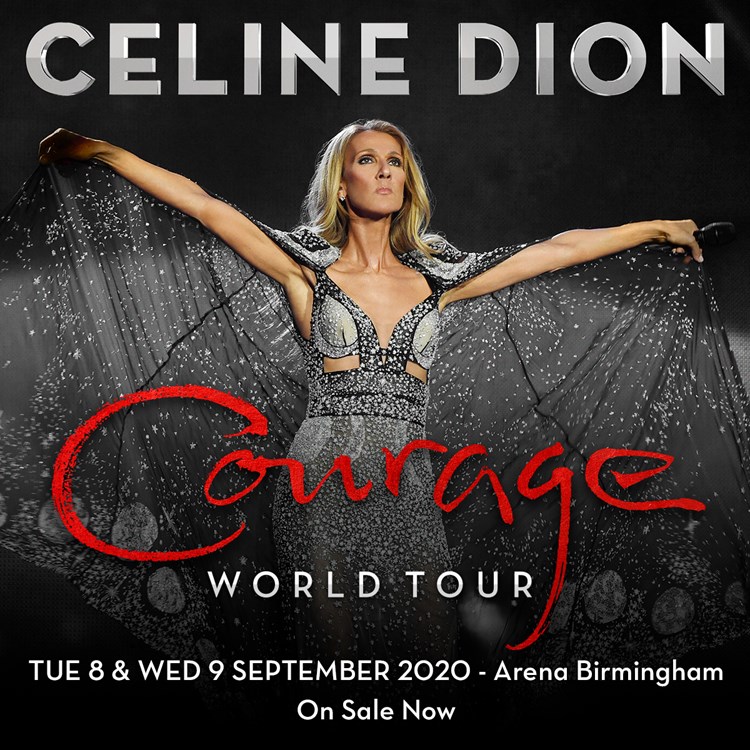 One of the most immediately recognised and widely respected superstars in pop music history, Celine Dion, announces additional dates for her COURAGE WORLD TOUR, which includes new UK dates in Manchester, Birmingham, Glasgow and London in September 2020.  The tour kicked off on 18 September in Québec City, which marks her first tour in the U.S. in over 10 years, and will include first-time appearances in Malta and Cyprus. The COURAGE WORLD TOUR, which supports Celine’s first English album in 6 years, will see the global megastar return to UK shores following her phenomenal headline slot at British Summer Time, Hyde Park in July this year.  The COURAGE WORLD TOUR marks her first tour in the UK since the critically acclaimed Celine Dion Live in 2017 which garnered much praise across the nation and cemented her status as one of the most renowned performers in the world. Celine Dion released three new tracks, from her highly anticipated upcoming album also entitled Courage. “Imperfections,” “Lying Down,” and “Courage” represent an exciting new creative direction for Celine and fans will have a chance to hear songs from the new album throughout the journey of the COURAGE WORLD TOUR. Premiering today, is the video for “Imperfections”. Courage, an eclectic mixture of beautiful ballads and edgy up-tempo tracks, will be available everywhere on the 15 November and is available for pre-order now.  Tickets for the UK dates will go on sale to the public on Friday 4 October at 10am.