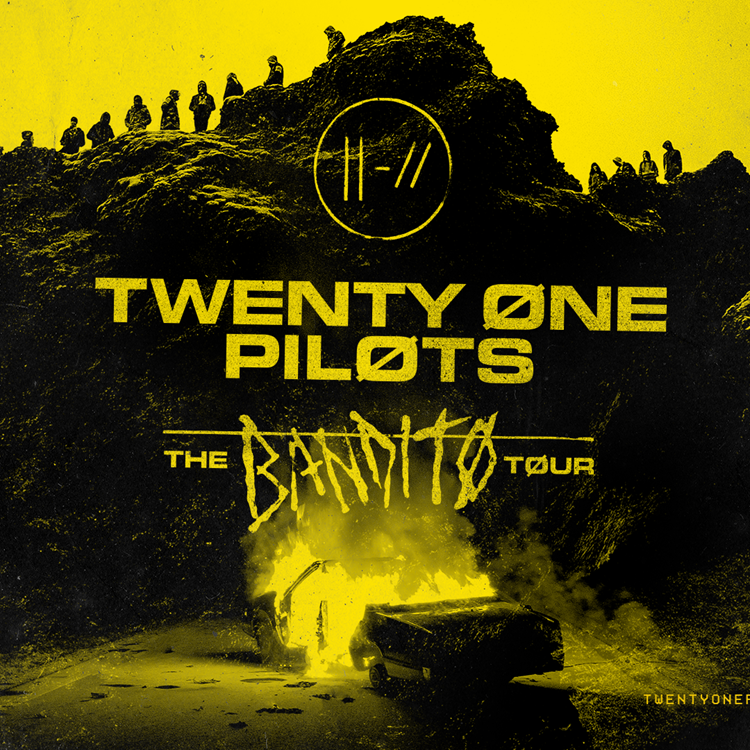 About Twenty One Pilots

Twenty One Pilots have shared two new tracks – “Jumpsuit” & “Nico And The Niners” – which are available today at all DSPs and streaming services. “Jumpsuit” is joined by an official music video, directed by longtime collaborator Andrew Donoho, streaming now on Twenty One Pilots’ YouTube channel. Both tracks will appear on the band’s anticipated new studio album. TRENCH – which follows the GRAMMY Award-winning duo’s 2015 LP, BLURRYFACE, which has sold over 6.5 million copies worldwide – will arrive everywhere October 5th via Fueled By Ramen, with more details to be revealed in the coming months. Twenty One Pilots, the critically acclaimed duo of Tyler Joseph and Josh Dun, will celebrate TRENCH with “The Bandito Tour,” a massive headline world tour set to get underway October 16th at Nashville, TN’s Bridgestone Arena. The tour will traverse the U.S. through the fall followed by dates in Australia, Europe and the United Kingdom.