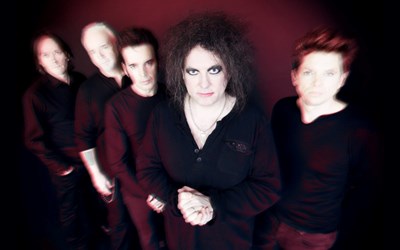 Formed in 1976 at school by a teenage Robert Smith in Crawley, Sussex, The Cure is one of Britain’s most influential and distinctive bands. They have helped shape the post punk musical landscape in the UK, bringing alternative rock to charts around the world. With more than 30 million combined sales of 13 studio albums and more than 40 singles, the band are both commercially and critically acclaimed. At first called Easy Cure, they switched their name, played their first show and released their first single in 1978 as The Cure. Around 1,500 concerts later, 40 years of essential music making is a cause for great celebration at BST Hyde Park. A reputation for melancholy, based on albums such as Pornography, Disintegration and Bloodflowers, is belied by a remarkable catalogue of singles. Starting with ‘A Forest’ in 1980, the band has produced an astonishingly varied succession of pop hits, including among many others ‘Boys Don’t Cry’, ‘The Lovecats’, ‘Inbetween Days’ ‘Close To Me’, ‘Just Like Heaven’, ‘Lullaby’, ‘Lovesong’ and ‘Friday I’m In Love’.