1: Select your preferred tickets
2: At checkout, enter your Barclaycard and the offer will be automatically applied to the ticket price (not applicable on fees)
3: Pay with your Barclaycard
My Basket
£0.00
Sign In
Register
Help 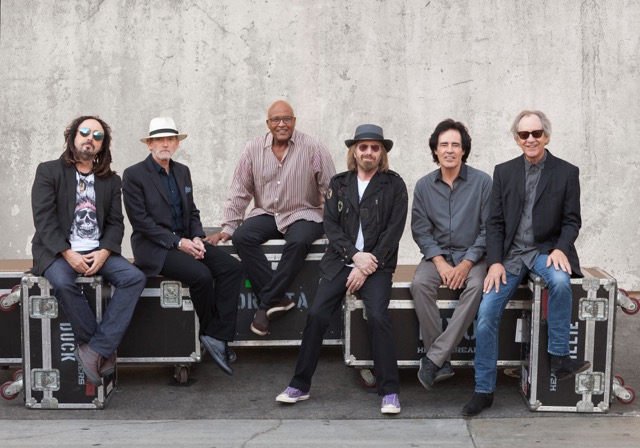 A bit about Tom Petty &The Heartbreakers

Barclaycard presents British Summer Time Hyde Park announces two titans of American rock, for the final night of an incredible 2017 series of events. Back in October, the mighty Green Day signed up as our first headliners for 2017, followed by the legendary Phil Collins announcing his biggest solo gig ever, then Kings Of Leon joined the line up, with indie heroes Pixies as their guests. And the 21st century’s biggest pop star, Justin Bieber has now signed up too. Now, Tom Petty & The Heartbreakers perform a rare UK gig in the world's greatest outdoor venue, armed with a career of classic hits and a reputation as one of the greatest musicians of the past 40 years. His only European date of 2017, this will be just the second time Tom Petty has played in the UK in 18 years and the gig will celebrate the band’s 40th anniversary. Joining him will be Stevie Nicks, forever celebrated as singer and songwriter with Fleetwood Mac and perhaps one the greatest female artists of the rock era - feted by everyone from Courtney Love to Mary J Blige, Katy Perry and Taylor Swift to Beyoncé. Stevie and Tom Petty & The Heartbreakers go way back as great friends, tour mates and collaborators, so this will be a reunion to savour. "It's fantastic to be playing Hyde Park next summer," says Tom, who is celebrating 40 years of The Heartbreakers in 2016, "The UK is always special for us, it's where we were first embraced as a band and to get the chance to play there with Stevie is too good to miss. We are close friends and to share a day like this with her will be perfect." Forming his first band after dropping out of high school, Tom Petty released his debut album with The Heartbreakers in 1976, only receiving recognition in the US after making a mark touring the UK. The record contained the classics American Girl and Breakdown - Petty never looked back. 13 albums later, he boasts global hits such as Don't Do Me Like That, Refugee, I Won't Back Down, The Waiting, Runnin' Down A Dream and Free Fallin'. He was a member of the Travelling Wilburys with Bob Dylan, George Harrison, Roy Orbison and Jeff Lynne. Tom & The Heartbreakers toured as Bob Dylan's backing band and they have influenced countless modern artists - just about anyone to pick up a guitar and sing rock songs. Notably The Strokes Last Nite owed a huge debt to Petty's American Girl and Sam Smith's Stay With Me acknowledges Petty as a co writer for its similarities to I Won't Back Down. Petty has been inducted into the Rock and Roll Hall Of Fame alongside 18 Grammy nominations. Among the legends whose ears pricked up when Tom Petty & The Heartbreakers first came on the scene, was Fleetwood Mac's Stevie Nicks. "In 1976, I'd been in Fleetwood Mac for about a year when I heard Tom Petty's debut," she wrote in Rolling Stone in 2010, "I became such a fan that if I hadn't been in a band myself, I would have joined that one." The famous voice on timeless Fleetwood Mac songs like Dreams, Rhiannon, Silver Springs, Gypsy, I Don’t Want To Know and Gold Dust Woman, she released her first solo album in 1982. Bella Donna contained a hit duet with Tom Petty ('Stop Draggin' My Heart Around) written by Tom - and The Heartbreakers played on her first 2 solo records. The most famous song from the first album, Edge Of Seventeen was partly written about Tom Petty and his wife. They have since toured together and remain firm friends and fans of each other.

- General Admission entry through the main gate - Access to an extensive range of bars, food traders and toilets in the main arena

- Guardian tickets are only valid in multiples of 2 for 1 adult and 1 child.

- Dedicated entrance for Gold Circle customers - Entry to the event up to one hour before the gates open to General Admission customers - Access to an extensive range of bars, food traders and toilets in the main arena - Exclusive gold circle standing viewing area to watch Great Oak Stage performances, allowing you to leave and return from the gold circle area into general admission as you wish

- Dedicated entrance for The Terrace customers - Entry to the event up to one hour before the main gate opens - Terrace is our tiered covered standing grandstand from where you will have amazing views of the Great Oak Stage and be able to watch all performances. - Access to the Barclaycard VIP Summer Garden - an exclusive area offering VIP bars, premium food outlets, comfortable seating, separate toilet facilities and cloakroom - Access to an extensive range of bars, food traders and toilets in the main arena

- Dedicated entrance for Diamond Circle customers - Entry to the event up to one hour before the main gate opens - The Diamond Circle is a dedicated premium standing viewing area in front of the stage with unrivalled views of all the Great Oak Stage performances, allowing you to leave and return between the Diamond Circle into the Barclaycard VIP Summer Garden and general admission area as you wish - Access to the Barclaycard VIP Summer Garden - an exclusive area offering VIP bars, premium food outlets, additional comfortable seating, separate toilet facilities and cloakroom - Access to an extensive range of bars, food traders and toilets in the main arena

• Times - Gates Open: 14:00 – please note the gates will be open approx. 60 minutes early for those customers who select Priority Entry. • Age restrictions - Anyone under 16 must be accompanied by a parent or guardian (18 or over). Children aged 2 and under will be admitted free of charge. Please note this has changed from this year’s shows. • Disabled Access - All tickets are available via the festival website or AXS.com. There is a Wheelchair platform and an Ambulant area. All tickets come with 1 free personal assistant. • Group Bookings - Only for nonprofit organisations. Please contact 0844 338 8002. • Ticket Limit - 6 per person • This is a fully standing show. No chairs, seats or seat sticks of any kind (including inflatable) are permitted to be brought into the event.